Is it possible to obtain approval for entry in the ARTG based on overseas approvals?

Historically, over 90% of ARTG entries had been based on CE Marking approvals from EU notified bodies. Applications for ARTG inclusion could be made by using EU Certificates of Conformity issued by EU notified bodies to EU directives (MDD, AIMDD) as Manufacturer’s Evidence. However, a TGA Certificate of Conformity was still mandatory for medical devices containing medicines or materials of animal, microbial, recombinant, or human origin; and Class 4 IVDs.

The enactment in 2017 of the new EU Medical Device Regulations (MDR) and In Vitro Diagnostics medical device Regulations (IVDR) resulted in a severely limited capacity of the few EU notified bodies that managed to achieve accreditation to the new regulations during the first few years. Therefore, the TGA had to look at alternative overseas approvals that could be accepted in addition to EU CE Marking approvals to avoid critical shortage of medical devices in Australia.

In consultation with industry, the TGA looked at how approvals from other comparable overseas regulatory authorities could be used for ARTG inclusion, starting with the U.S. FDA, Health Canada, Japan’s PMDA – overseas regulatory bodies that together with Australia and the EU have been the founding members of the Global Harmonization Task Force (GHTF).

The TGA has been collaborating closely with other comparable regulators through the International Medical Device Regulatory Forum (IMDRF), which replaced the GHTF in 2012. This enabled a better convergence of regulations adopted in recent years. However, differences exist and that means that overseas approvals, even when issued by comparable regulatory bodies, cannot always be accepted without additional checks and additional evidence required by the TGA, but the use of such overseas approvals can shorten the TGA application process.

Since October 2018 the TGA has been accepting overseas approvals from the following comparable overseas regulators, in addition to EU notified bodies:

More details on what specific evidence and documentation can be considered by the TGA for an abridged application for inclusion in the ARTG are available here: Use of market authorisation evidence from comparable overseas regulators / assessment bodies for medical devices (including IVDs). UK CA certification is not accepted under current TGA Comparable Overseas Regulator arrangements.

Where clinical evidence from clinical trials is required, please check that the clinical data has been collected, analyzed, and reported in a way that complies with TGA’s requirements outlined TGA’s  Clinical evidence guidelines: Medical devices of June 2022.

As always, conditions apply. Applicants need to carefully read the conditions of acceptance for each risk class and type of overseas approval. It is the obligation of sponsors to ensure that the manufacturer of their medical device holds a valid conformity assessment document. 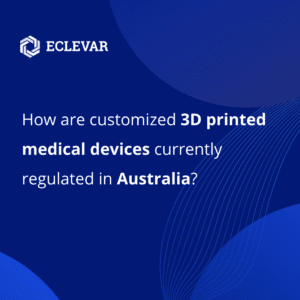 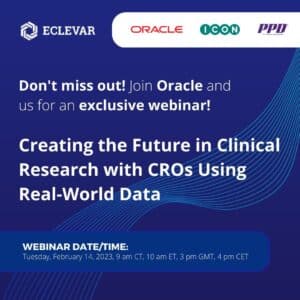 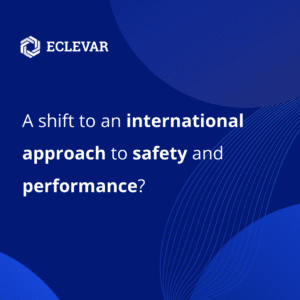 Exploring the Endless Possibilities of AI and ML in Healthcare

During 1 hour, our Eclevar experts will answer your questions and will guide you to the next steps!
Join us now

Exploring the Endless Possibilities of AI and ML in Healthcare

During 1 hour, our Eclevar experts will answer
your questions and will guide you to the next steps!