This step is complex and the data it generates must be ethically and scientifically valid, ISO 14155 compliant, in order to maintain the device on the market.

What are the key changes under the MDR in relation
to the PMCF Post-Market Clinical Follow-Up ?

The key changes under the MDR in relation to the PMCF Post-Market Clinical Follow-Up are:

Under the Medical Device Directives (MDD), Post market clinical follow-up (PMCF) is mentioned only three times, twice in Annex II EC Declaration of Conformity (Full quality assurance system), section 5 Surveillance, and once in Annex X Clinical Evaluation, section 1 General provisions. The MDD does not define PMCF, only states that it is part of the post-market surveillance, and where it is not deemed necessary, this must be “duly justified and documented”.

The details relevant to PMCF are found in MEDDEV 2.7/1 Guidelines for clinical evaluation, the latest version being revision 4 of June 2016. The MEDDEV guideline includes definitions for PMCF plan and PMCF study. They also clarify that PMCF studies are systematic, and typically include estimation of residual risks and uncertainties or unanswered questions, such as rare complications, uncertainties regarding long-term performance, safety under wide-spread use.

Which Eclevar team is in charge of the PMCF?

Our team is led by former notified body and competant authority leadership. They have significantly contributed to MDCG guidance documents on clinical evaluation, sufficient clinical evidence, and PMCF. They were also involved in the development of the requirements of MEDDEV 2.7/1 rev 4, which are now reflected in the MDR.

The aims of collecting RWE data as part of PMCF activities are:

At the end of a clinical trial, there is usually limited knowledge of the medium and long-term safety and performance of the device. The medium- and longer-term safety and performance of a device is estimated on the basis of premarket trial durations, that are generally inadequate to validate extrapolation hypothesis in real life, particularly implant longevity hypotheses.

ECLEVAR can help in collecting the clinical data required and provide long-term clinical strategy that support your business in EU, UK and Australia. 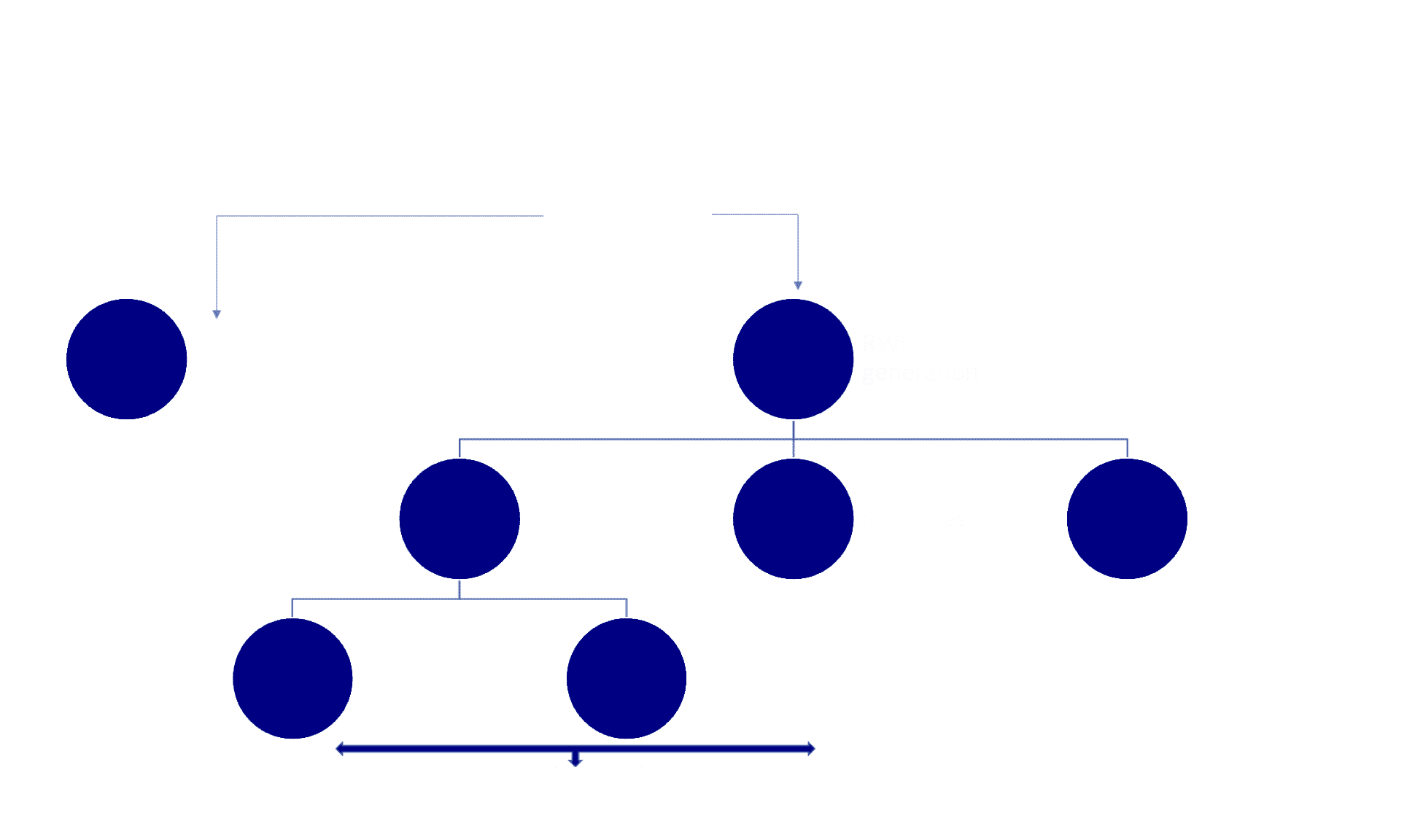 As shown by the Clinical Evaluation Report, intended claims on clinical safety and performance are not sufficiently supported with existing clinical evidence. In order to maintain “Vascular device “ in the European market, client has to conduct a PMCF study to generate sufficient clinical data in accordance with “Chapter VI – Clinical Evaluation and Clinical Investigations, specifically sections 62 – 82”. As well as ISO 14155:2020

A Sponsor conducted RWE multicentre study to collect clinical data for Vascular device. The objective was to examine short and long-term outcomes of using the device when exposed to a larger and more varied population.

All data were retrieved from medical charts for each patient from time of surgery (considered as baseline of study) until a maximum of 3 years after surgery.

Vascular protheses Registries of 500 patients suffered from incomplete documentation and losses to follow-up. By linking data to a single-payer national claims database, the sponsor registry may be enriched and the quality enhanced.

Linking data from the SNDS database to the sponsor registry can close data gaps and practically diminish drastically losses to follow-up in the registry population.

The main objective of any clinical evaluation is to demonstrate the safety and performance of a medical device. This is an essential process that is part of the conformity assessment procedure for obtaining the CE mark.

In the MDR, the scope and emphasis of the clinical evaluation is more important than in the MDD.

Eclevar, a CRO specialized in medical devices, hosts a 45-minute webinar dedicated to the changes in clinical evaluation under the MDR. In this webinar, we will review the requirements for clinical evaluation and the best practices to address these changes effectively.

PMCF Studies: Often considered the gold standard, these can come in all shapes and sizes:

These studies should have defined protocols – setting out as a minimum: defined population & sample size, inclusion and exclusion criteria, appropriate objectives & endpoints and follow-up.

There may be a need for ethical and competent authority approvals.

A PMCF studies, as with a pre-clinical study, should be in-line with the expectations of ISO 14155:2020

Registries: This could be a product specific registry or a bigger product type registry – again either across a smaller population or area or indeed national such as the National Joint Registry.

To set and operate can be costly.

Limited reach – gaining patient and healthcare professional input can be challenging as often not possible to mandate.

Larger more national/global registries may only hold limited relevant data for the purpose of PMCF. Considerations should always be given to the utility of the data.

Patient surveys: These are probably the most utilised tool seen at the moment.

Surveys offer a degree of flexibility, they can be general but also designed to be highly specific – they can meet a wide range of needs in data generation.

General surveys tend to be retrospective design – asking the end-user to recall information on the device and its use.

Specific surveys can be patient level and case specific – this can be a single survey or a series of surveys that follow the usage of the devices (prospective). This could be direct to the patient or via a healthcare professional using patient records. The data obtained from this type of activity will be of higher quality – usually producing clinical data on the devices under review via patient outcome data and clinical indication data.

They also are considered relatively easy to design and conduct.

However, they should be used appropriately and as with all the activities their use needs to be justified within the PMCF plan.

Potentially there may be extra cost if you chose and are able to take an active role.

There is less assurance that you are getting the true data – the true picture of safety and performance.

What is the Notified Body’s role?

There is a significant increase in scrutiny by the NB under the new regulations. There are key timepoints at which the NB is likely to review your PMCF plan and data:

This is not an exhaustive list – just the key points of review – again it is a demonstration of that ‘lifecycle’ approach and that consistent review across that lifecycle.

It is not just a box to tick – it is a critical function that will build the knowledge of your device, allowing for that reassurance that your product continues to perform and that the benefit risk ratio continues to be acceptable and risks are mitigated as far as possible.

Eclevar also has an international team of leading KOLs at leading hospital sites across all key therapeutic areas who provide medical oversight and expertise to projects.

Other key considerations for the selection of a partner for pmcf medical device & diagnostic CRO:

The quality of work is directly linked to compliance with the regulation. It is important to ensure that the medical device CRO Or IVD CRO holds the relevant quality standard documents ISO14155 (European regulation), ISO9001, and ISO13485.

Does the clinical research organization have global capabilities and partnerships for the regions where the study will be performed in? Studies often involve working with several vendors so having the full-service capabilities of a clinical research organization will help. Is the CRO able to provide efficiencies for a project for example in providing a CTMS (clinical trial management system)?

This can be key a factor in selecting a clinical research organization. Comparison with other CROs needs to be comparable (i.e apples with apples) such as comparing unit costs/line items and not overall cost. Does the CRO provide transparency around pass-through costs which can often impact the cost of the clinical trial or PMCF study? If the project costs look very low have all the study specifications included as in future costs may increase significantly with multiple pass-through costs.

This process can be managed by the sponsor for setting the same expectations when assessing clinical research organizations in the process of RFI(request for information) and/or RFP. Implementing a standard comparison process can provide the same set of questions and scope of work for medical device CROs to respond.

OUR MEDICAL DEVICE PARTNERS AND ASSOCIATION 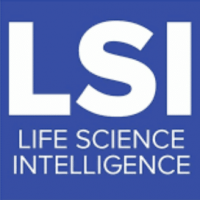 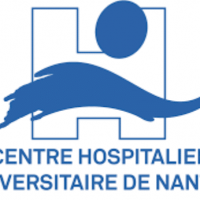 If you want know more, Get In touch with OUR Global Chief commercial OFFICER:

EDMUND WHITE
Get in touch Here

During 1 hour, our Eclevar experts will answer
your questions and will guide you to the next steps!